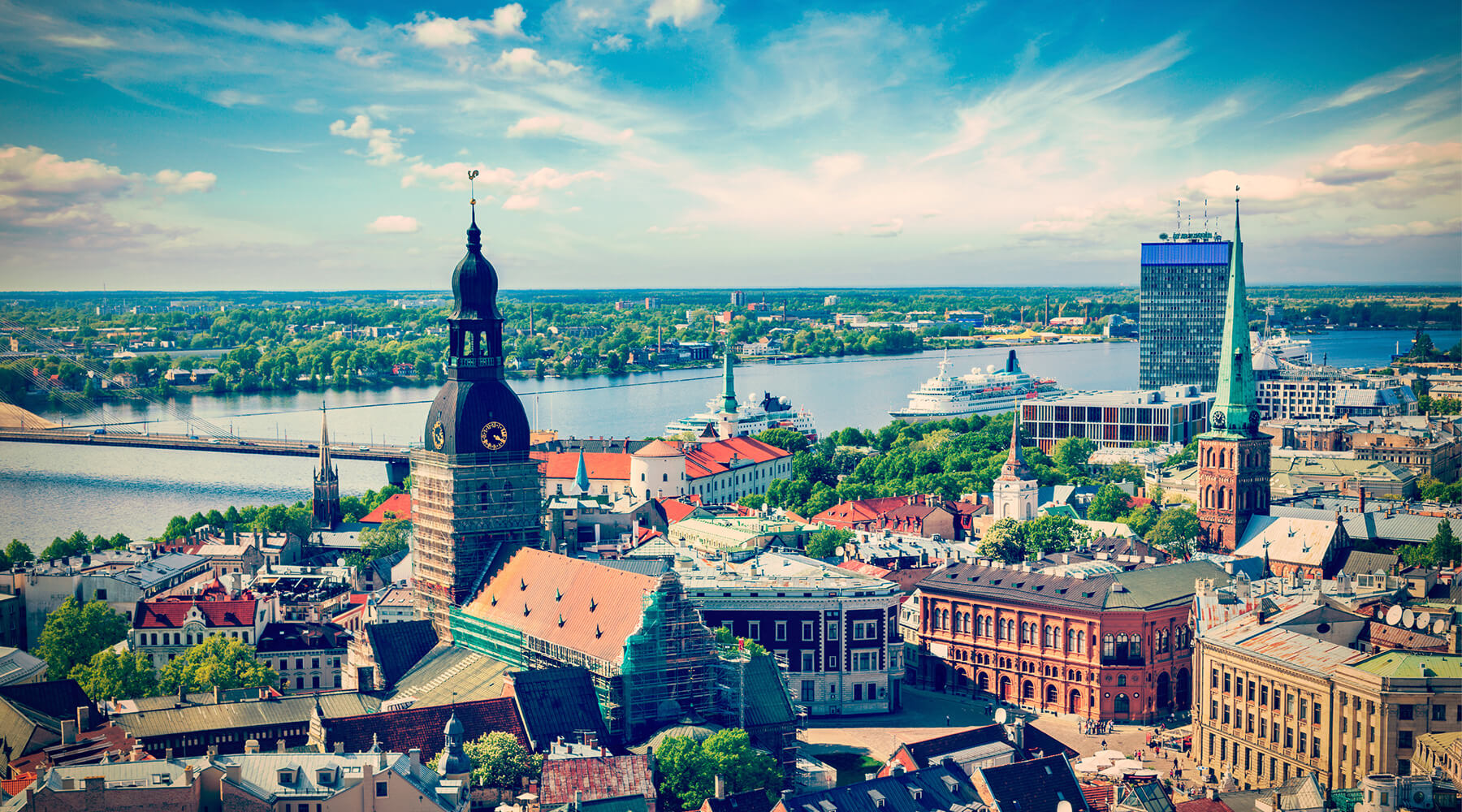 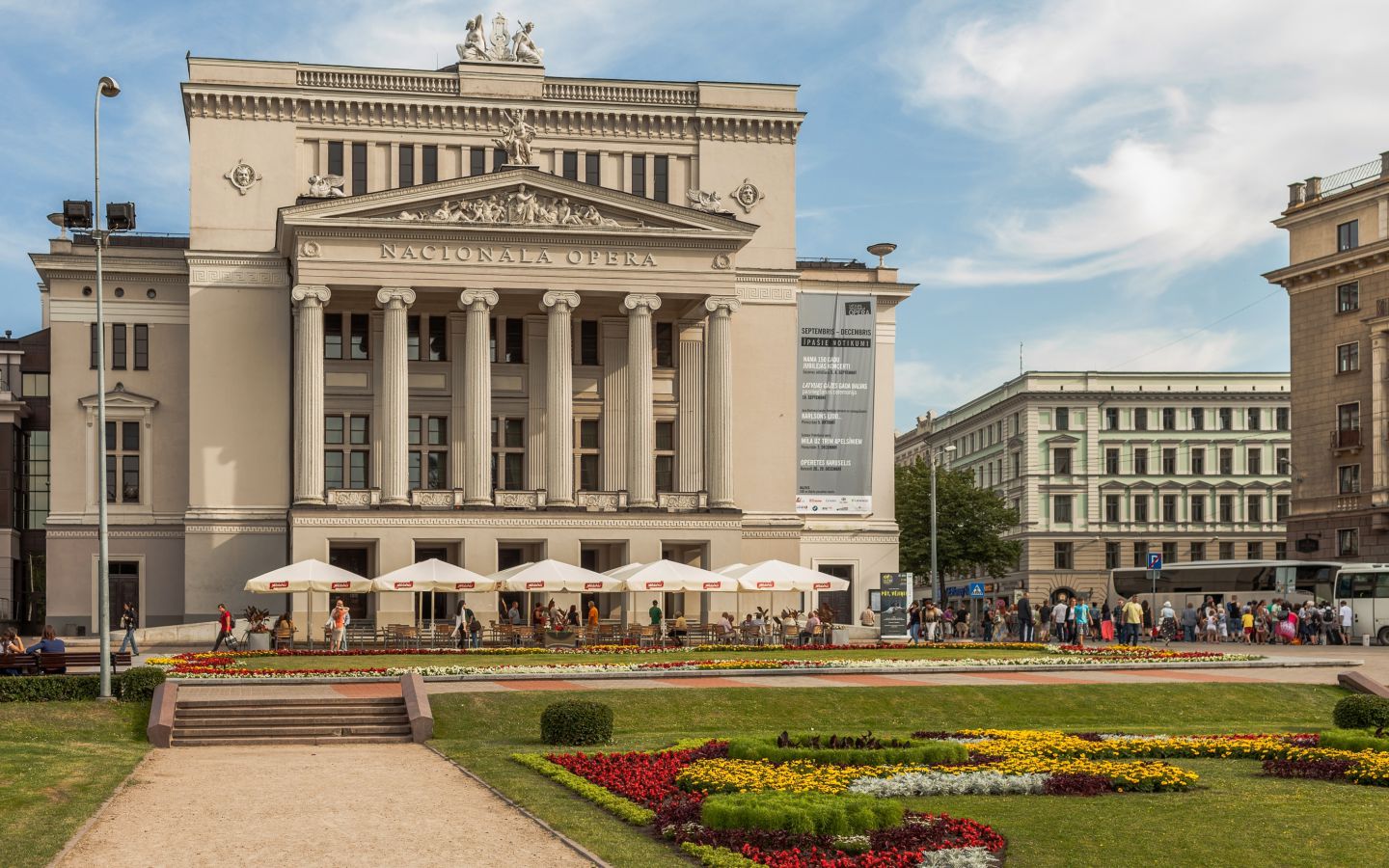 The Latvian capital Riga is the joint European Capital of Culture and rich with medieval and Art Nouveau architecture. In Riga was written Richard Wagner's first opera, Rienzi – written while he was living in Riga – at the Latvian National Opera on Aspazijas Bulvaris 3 (00 371 67 073 777; www.opera.lv). For more information, visit http://www.liveriga.com. 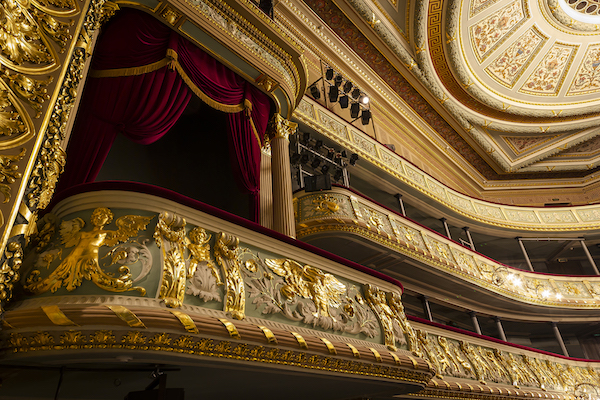 Riga (pronounced [ˈriːɡa]) is the capital and largest city of Latvia. With 641,481 inhabitants (2016), it is also the largest city in the three Baltic states. Riga was founded in 1201 and is a former Hanseatic League member. Riga's historical centre is a UNESCO World Heritage Site, noted for its Art Nouveau/Jugendstil architecture and 19th century wooden architecture. Riga was the European Capital of Culture during 2014, along with Umeå in Sweden. Riga hosted the 2006 NATO Summit, the Eurovision Song Contest 2003, the 2006 IIHF Men's World Ice Hockey Championships and the 2013 World Women's Curling Championship.The euro is Latvia's official currency. 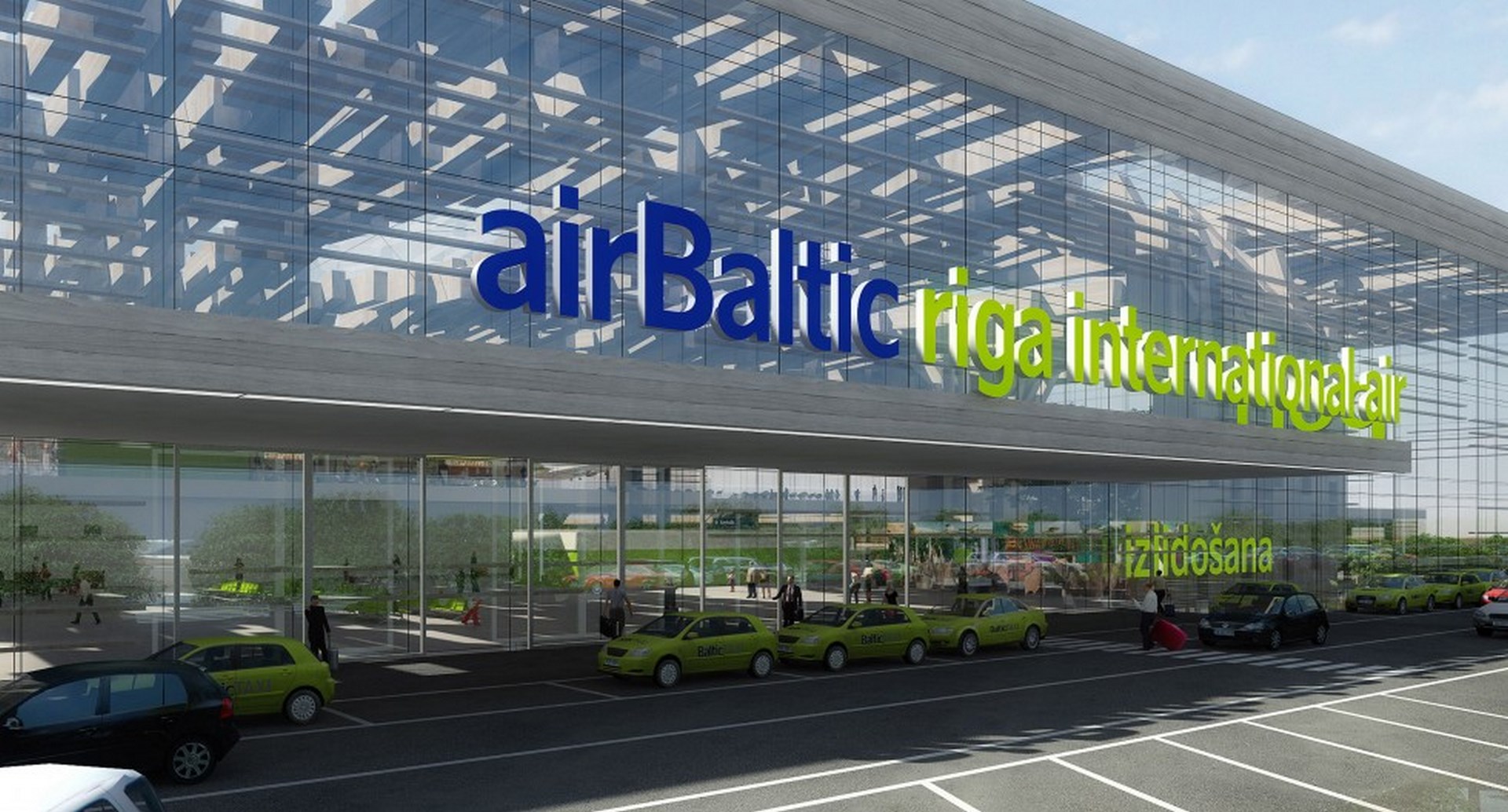 Riga is the biggest city in the Baltic states, but most of its main landmarks are within walking distance of the compact city centre. Most historic sites are situated in the beautifully preserved old town – a jumble of medieval and Renaissance buildings on the east bank of the Daugava river. Further east, beyond the pretty City Park lies one of Europe's largest concentrations of unspoilt Art Nouveau architecture. 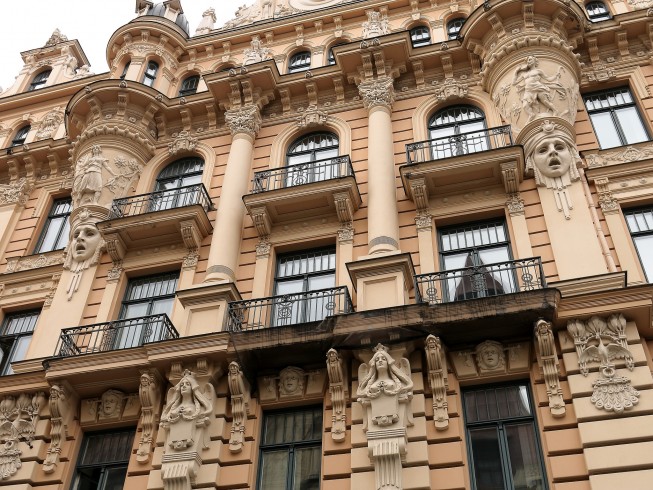 Riga City Tour buses (00 371 2665 5405; www.citytour.lv) depart from Latviesu Strelnieku Laukums between 10am and 3pm daily. Tickets cost €15 and are valid for 48 hours. You can hop off and on at a dozen stops along the way. The route takes in the old town, New Riga (the Art Nouveau district) and wooden Riga (the traditional timber houses on the west bank of the Daugava). The tour takes between 60 and 90 minutes, depending on traffic. 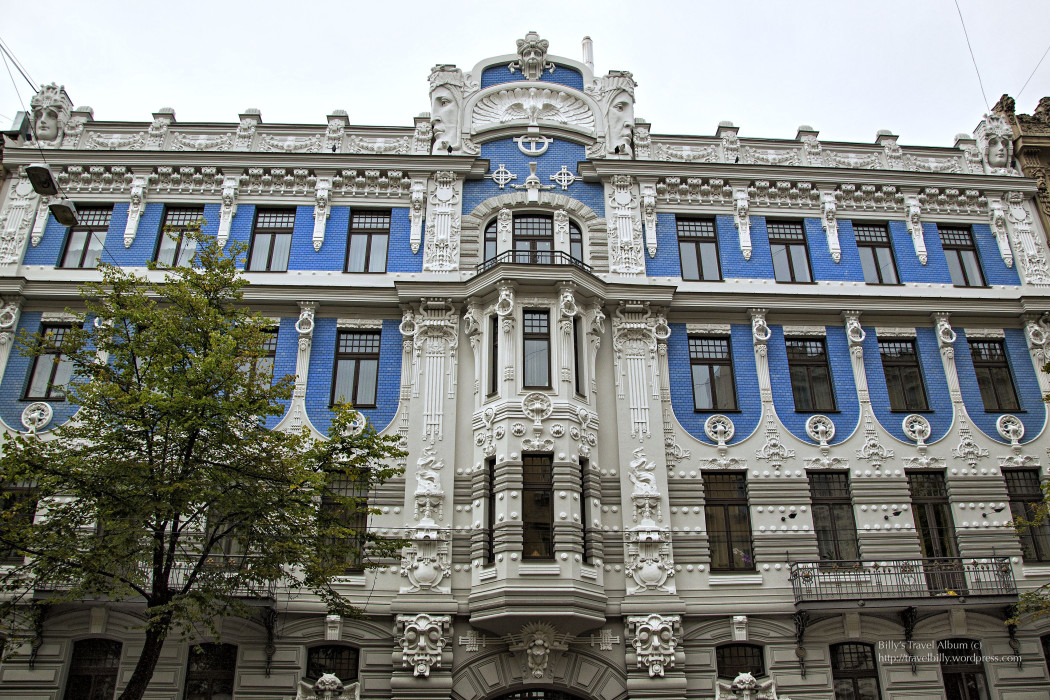 Take the lift up the spire of St Peter's Church at Skarnu 19, a short walk from the Latviesu Strelnieku Laukums, where the tour buses terminate (00 371 6718 1943; www.peterbaznica.riga.lv). Tickets cost €7 and also include admission to the church, which doubles as an art gallery. The ticket office is open 10am-5.30pm Tuesday to Saturday and from noon to 6pm on Sunday. 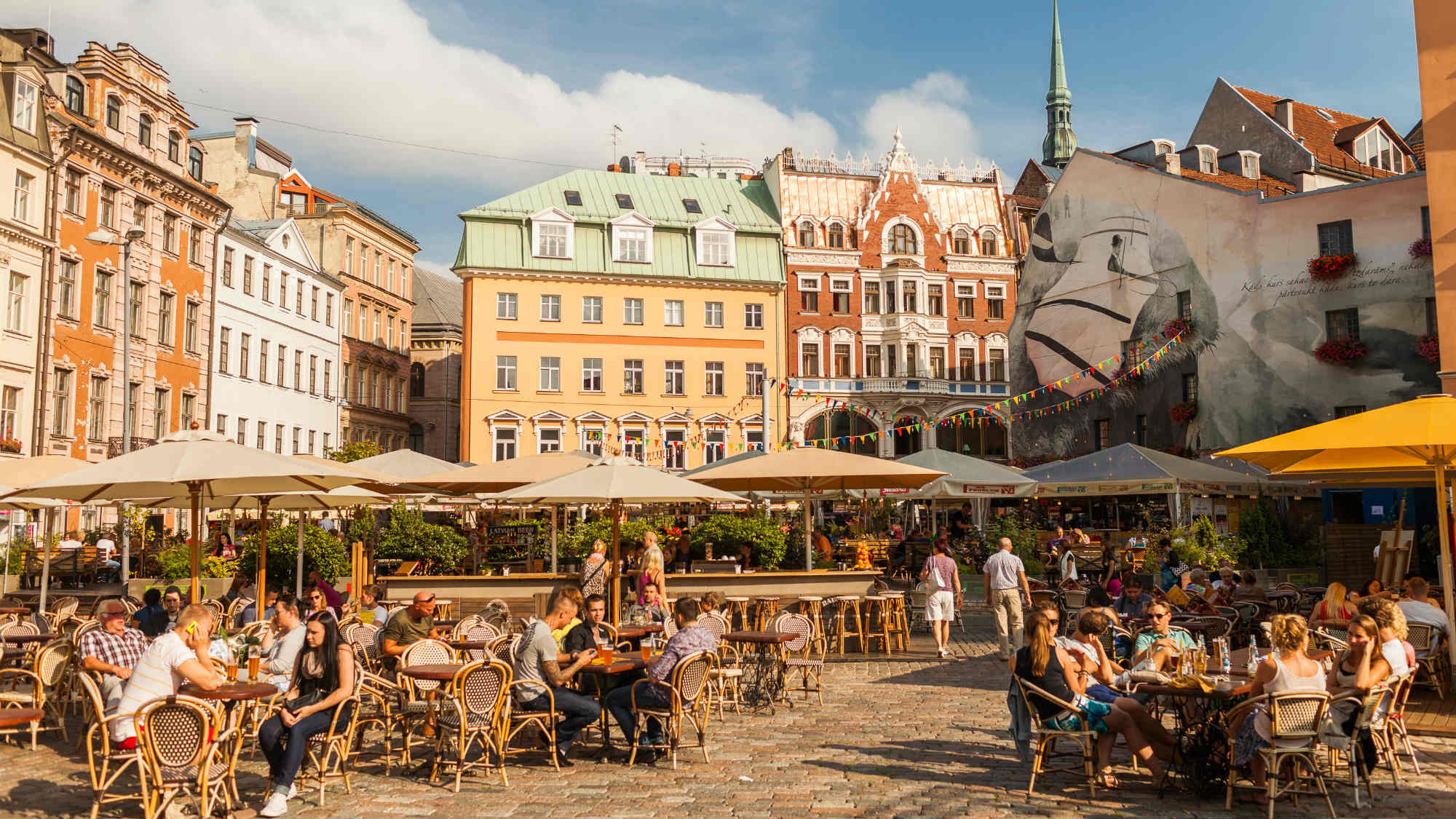 The view from the top is breathtaking, but this Unesco-listed Lutheran church – which was originally founded in 1209 by the Germanic crusaders who established Riga – is also well worth a visit.

Lunch on the run

Located around the corner from St Peter's, Province at Kalku 2 (00 371 6722 2566; www.provincija.lv) is the perfect pit stop. The décor is quaint and folksy, the food is nourishing and hearty. A big bowl of cabbage soup with pork and potatoes, followed by bread pudding with cream, figs and nuts, washed down with half a litre of cold, strong lager, costs €13.10.

Brivibas iela ("Freedom Street") is like a timeline of the last century. A walk along this busy boulevard constitutes a crash course in Latvian history. Start at Latviesu Strelnieku Laukums, beneath the statue of the Latvian riflemen who fought for Lenin. Head east along Kalku iela, past rows of handsome houses built by German merchants, to the graceful Freedom Monument erected during Latvian's first era of independence, between the wars.

Further along is Riga's Russian Orthodox Cathedral, a planetarium during the Soviet occupation, now a place of worship once again. End outside the former KGB HQ on the junction of Stabu iela and Brivibas iela. A plaque remembers the countless Latvians who were imprisoned, tortured and killed there.

Latvia's most iconic export is Latvijas balzams, a potent liqueur in a black bottle that's distilled to an eye-watering 45-per-cent proof. Catherine the Great fell ill when she came here, and was cured by a stiff shot of it – well, that's the story. You can buy it in 50 shops around Riga – visit lb.lv or call 00 371 6708 12 13 for details. Contents include raspberries, blueberries, ginger, nutmeg, linden blossom and valerian root. The acquired taste resembles a cross between Jagermeister and cough mixture.

Alberta Street is the hub of Riga's Art Nouveau district and the best place to drink in the view is from the top floor of the high-rise Albert Hotel at Dzirnavu 23 (00 371 6733 1717; www.alberthotel.lv). The penthouse lounge is a laid-back bar, with DJs from 8pm and draught beers from €3.

Dining with the locals

A block away from the Albert Hotel is Restorans Alberta 1221 at Antonijas 13 (00 371 6733 6500; www.alberta1221.lv). The décor is modern, the menu is European with a contemporary twist: goulash with apricots, sturgeon and salmon borsch. Three courses cost around €22, without wine.

Riga's magnificent brick cathedral on Doma Laukums (00 371 6722 7573; doms.lv; 10am-5pm daily; €4.30, except for worship) is the biggest medieval building in Latvia. It was founded in 1211 by the Teutonic Knights who established this Hanseatic port in the 13th century.

There are services in German at 10am (except for the first Sunday of the month) and in Latvian at noon on Sundays, and organ recitals on Wednesdays and Saturdays at noon, admission €7.

The island of Kipsala, with its old wooden houses, is the ideal destination for a Sunday morning stroll, and Ostas Skati at Matrozu 15 (00 371 6750 8658; www.ostasskati.lv) is a sublime setting for Sunday brunch.

This sleek waterfront restaurant has lovely views of the old town, across the River Daugava. The buffet costs €11.25, including coffee. It's always popular, so best to book ahead.

Walk in the park

The Freedom Monument is the best starting point for a wander around Riga's City Park.

Built in 1923, in ornate Rococo style, the Splendid Palace at Elizabetes 61 (00 371 6718 1143; www.splendidpalace.lv) was the first cinema in the Baltic states to show talkies. Ninety years later, it's still a working cinema, showing a wide range of European films and live transmissions from foreign opera houses. Riga Story, a 30-minute documentary screened daily in English at 10am, noon and 2pm, is a useful introduction to the history of this extra-ordinary city. Admission is €7.10.

Icing on the cake

Designed by a German from St Petersburg in the style of a Venetian palazzo, Riga Bourse epitomises the Latvian capital's eclectic heritage. The old stock exchange at Doma laukums 6 has been lovingly restored, and is now a palatial art museum (00 371 6722 3434; www.lnmm.lv; 10am-6pm daily except Monday, until 8pm on Friday). The permanent collection features a respectable selection of Dutch and Flemish Masters, and a spectacular haul of Meissen porcelain.

What is hair transplantation FUE method?

FUE (follicular unit extraction, or sometimes referred to as follicular unit transplantation) is a type of hair transplant surgery that involves extracting individual hair follicles from a donor part of the body, usually the sides and back of the head. These individual follicles are then implanted in the areas that are affected. Typically, with the men suffering from male pattern baldness this will be the classic horseshoe area.

How does it work?

During the process, individual follicles are removed under local anaesthesia. Graft is one follicle - typically between 1 and 4 hairs. The extraction procedure utilises a micro surgical extraction instrument, between 0.6mm and 1.0mm in diameter, to remove the follicles. The surgeon, using specialist micro-surgical needles, then punctures the scalp area that is to receive the grafts. Our surgeons are experts at blending the hair in, inserting the grafts at an angle and density that matches the original hair, so it will resemble a natural and realistic hair pattern. The hair transplantation procedure is performed under local anaesthesia and the patient has no pain during the procedure. During this time, the patient can watch TV, use laptop or read a book. Recovery period usually takes seven days.

How long does it take?

An FUE hair transplant can be undergone in either one long session, or several smaller sessions. It tends to be more time consuming than strip surgery, but does not leave the obvious and typical scars that strip surgery does. The length of time for an FUE procedure can vary, but it usually depends on how many grafts are needed.Procedure of around 2,500 to 3,000 grafts will require a session of one day.

How long does it take to recover?

Unlike strip surgery, FUE hair transplantation does not require large areas of the scalp to be harvested. There is also no linear incision on the back of the head, nor does it leave a linear scar. As individual follicles are removed, it only leaves small, puncture scars, which are practically invisible to the naked eye. There is hardly any post-surgical pain and discomfort – with the average recovery time being less than 7 days.

How long do results last?

Once you have undergone FUE, the results are permanent. While the initial transplanted hair will shed a few weeks after treatment, it will grow back strong and healthy.

Get back your confidence and improve the quality of your life! Schedule an appointment with our specialists now!

Hair transplantation and anti-aging clinic Rubenhair Latvia is fully licensed and certified in European Union and registered in Ministry of Health of Republic of Latvia, Health Inspectorate and Register of Medical Institutions with registration number 010001474.

Get back your confidence and improve the quality of your life! Schedule an appointment with our doctors now!

Get a free online consultation!

Thank you for submitting form!

Get a free online consultation!

Thank you for submitting form!